We’ve all been there – shared a first draft with supervisors or co-authors and it has come back covered in comments. While your initial feelings might be one of disappointment, the truth is that those comments have been made to make the piece better. Specific comments at the word/sentence level are easy to fix, but you might also receive comments that are broader or reflect a common issue in your writing and those can be harder to work out what exactly you should do. This post looks at some types of comments you might get and how to address them.

The waffle-monster usually appears when you haven’t done an effective job of editing your work. Ol’ waffley indicates that your point isn’t clear, which likely means you haven’t tidied up your “stream-of-consciousness” phrasing into a coherent narrative. This often means the section is longer than necessary or it can indicate that sentence order is off kilter. Realistically, if you have been hit by a waffle monster it often means that both have occurred – it is unclear what you are trying to say because you have gone around in circles without establishing a point.

Step 1 – look at the first sentence of each paragraph if the waffle section, the topic sentence(s). These sentences should clearly and definitively make one point. Ideally they will do so in a quite short sentence (~10-16 words). An effective topic sentence makes a huge difference. Indeed, looking at only the “topics” throughout your piece (a process known as reverse outlining) is a good editing tip for checking the structure of an early draft.

Step 2 – Focus on the last sentence in the paragraph (the wrap). Here you are (again) looking for a short closing sentence that completes the thought and links forward to the next paragraph. The topic and wrap should relate to one another. If they don’t, you need to consider what the paragraph is actually about and, if necessary, return to the topic and change it OR you might decide you are actually making two points and need to split the paragraph.

If you don’t have a clear point for each paragraph, you will never defeat the waffle monster.

Step 3 – Identify and count the number of “token” sentences within each paragraph. These middle parts of each paragraph provide support or expand upon the topic sentence. The tokens are where you put the information (usually supported by primary references). If you have 4+ token sentences then ask yourself if they are really discrete points or whether they can be combined? In a waffley section you might find that token 1 and token 4 are actually making similar points.

If you have written your first draft from a series of notes from papers you’ve read, it is likely that you have one sentence per reference. Often you don’t need that. Indeed, in an intro, discussion or lit review, most token sentences should be composite sentences supported by multiple references.

Step 4 – consider the order of the tokens. Here you are looking to flow from one token to the next. To establish flow, look for patterns in your tokens. For example, you could group together points that agree with one another then all those that disagree rather than repeatedly changing viewpoint, or you could flow from old to new knowledge or from wide (whole organism) to narrow (DNA/protein level) or from observational to mechanistic studies. There are lots of options that can work here; the anti-waffle key is using an approach that makes sense within the wider context of the piece.

Step 5 – edit for brevity. With the structure sorted, your final edit is at the sentence level. Here you should actively look for fluff that you can trim. Usually a section of text that has been flagged as waffle will contain lots of redundant phrases.

At this stage, it can be worth looking at the word count of each paragraph. If you have any that (even after steps1-4) are over ~220 words* it likely is an indication** that it is still too long and needs more editing.

*Paragraph length is something you can deliberately tweak for emphasis – see this post.

Stamping out a Relephanto infestation

Ah, Relephanto, that most common destroyer of early drafts. “Rele” appears when you’ve said something that is accurate (and might even be interesting) but it isn’t clear if it is necessary for your piece or why you think it is relevant.

When something is flagged by Relephanto, you are being asked to make a decision. Is it required? You should be able to easily explain the value a reader will gain from any part of the text. If you can’t, then you should delete.

However, most of the time there is a reason for including that part of the work. Therefore, here the problem is that you haven’t made it clear to the reader.

The arch-nemesis of Relephanto is signposting. How to signpost effectively depends on the format of the writing. In long-format writing (dissertations, thesis, literature reviews), you can adopt a “To understand X, I must first tell you Y”*** approach. As you don’t have tight space constraints, you can include clear and explicit pre-amble sentences or a short, simple paragraph that sets the scene of what to come. The important part here is not just to say what is coming, but why it is coming. In a thesis I would expect a broad of overview in the first paragraph or two of the introduction to the lit review and then much smaller and more specific sentences opening each major subsection.

In short format writing (journal articles), it usually is the wrap sentences that does the signposting work. In a standard manuscript introduction of 4-5 paragraphs, the final sentence of the first paragraph should espouse the wide research question (i.e. why I just told you about some real-world problem), the second/third paragraph should signpost the gap in the knowledge or remaining problem that your work addressed (i.e. why telling the reader what is known about X was relevant) and the fourth or fifth paragraph should contain a clear aim/hypothesis statement with a signpost… “therefore…” (i.e. connecting rationale to the research undertaken).

A Relephanto infestation in discussions can be a signposting issue too. Here, the signposts could be in the synopsis opening paragraph (the intro to your discussion) or a topic sentence can be tweaked to explicitly connect findings to interpretation. Again, helping the reader to see where you are going will benefit them.

*** I also use this sort of construction when giving talks; after the hook but before the intro.

Vague-o-saurus attacks are quite common in political speech and writing, and might be OK when writing lay summaries. However, cute as they may be, you should be able to keep vague-o-saurs at bay in your science writing.

Unsurprisingly, there are a number of scenarios where you might encounter significant vague-o-saur incursions. And that last sentence exemplifies two of the most common and most egregious.

A number of… or any other phrasing that means something similar is easy to fix. The “number” here could be 0, could be 10s, could be millions. A simple rule, if the number can be enumerated, then write the actual number (vague-o-saurs hate specificity). If there isn’t a defined number then you can choose to set limits (“A least three ….”).

Significant*** (as an adjective meaning many/meaningful) or other subjective terms are also imprecise as far as how your reader will interpret them. Significant is particularly egregious when used for non stats terms, as when you are talking about stats significance is a precise binary outcome relative to a pre-defined threshold. A simple solution is to not use significant for anything other than stats. Interestingly, a vague-o-saur is less bothered by people saying “clinically meaningful improvement” than they are by saying “significant improvement”.

The effects on an individual vague statement is quite small. However, as with most problems, the impact of the problem on the feel of the whole piece grows the more they occur. With many vague-o-saurs, your overall work will feel imprecise (not what you want in technical writing).

***Note that people who use significant to mean important, large and confident (without any localised modifiers to make it clear which they mean) are also at risk of attacks from Ambigubears!

Clearing up after Tony

Tony the antecede-ant appears when you have used indefinite articles like “it” or “they” to replace a noun-phrase but where it could be unclear which noun phrase the it/they is referring to.

Tony isn’t saying not to use indefinites. Rather, that your writing should be unambiguous and easy to read.

When editing your own work, take a close look at anytime you have used indefinites. Some rules to help:

Those are the big boys I see most often. Do you have any other common structural errors?

I want to emphasise that first drafts should be written quickly with the goal of getting the core structure onto the page, forming the framework for the points you want to raise. Editing is a different skill. Involving taking the ideas and making them work. Separate the two processes to achieve the best results.

No vague-o-saurs were hurt in the writing of this post.

Did you miss any of the previous editing for impact posts? Links below.

Like this post? You’ll probably like my book… it has lots of material to help all aspects of lab life, including how to write up your work. 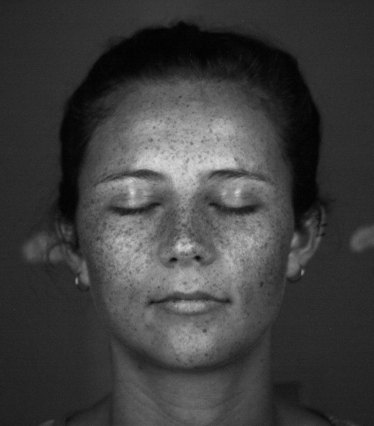 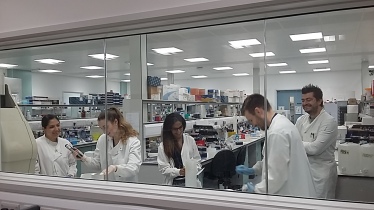 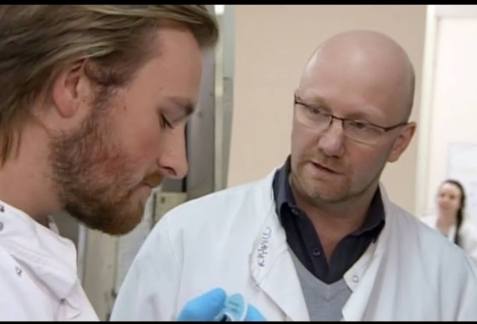 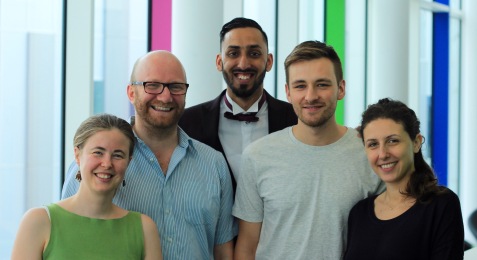 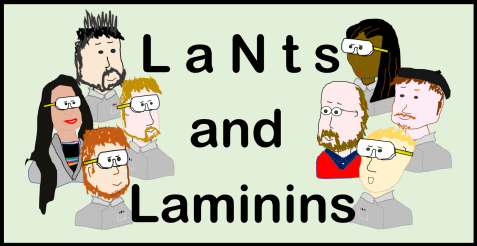 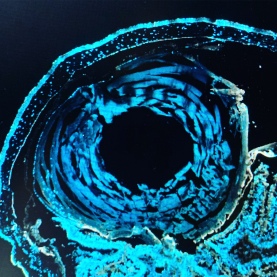 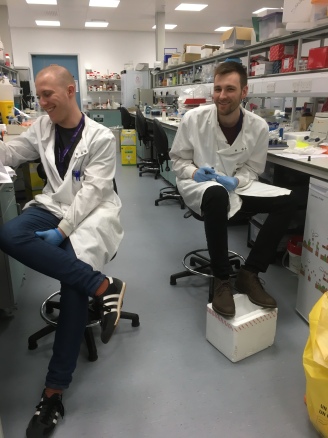 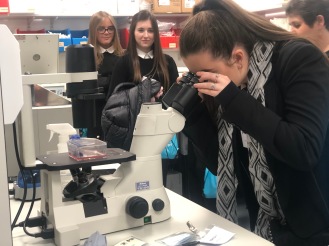 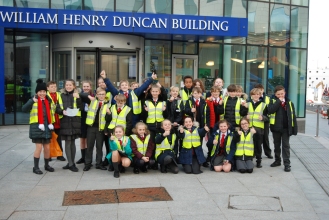 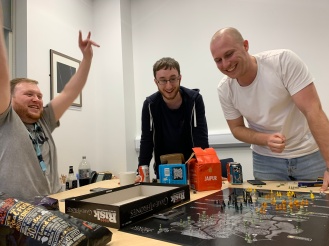 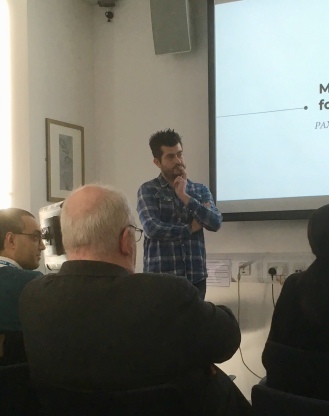 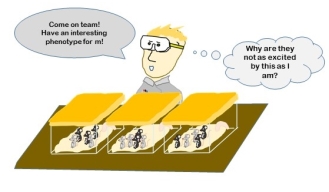 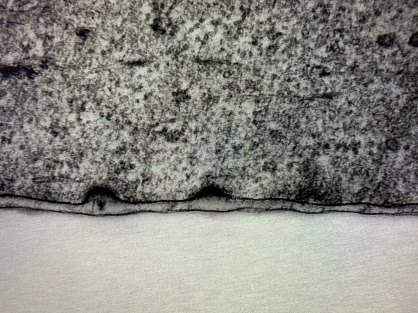 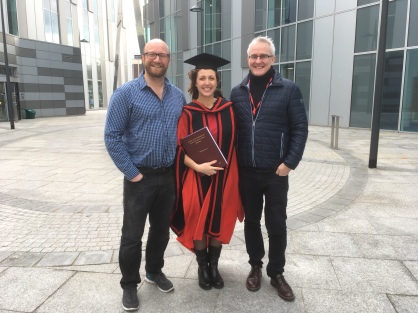 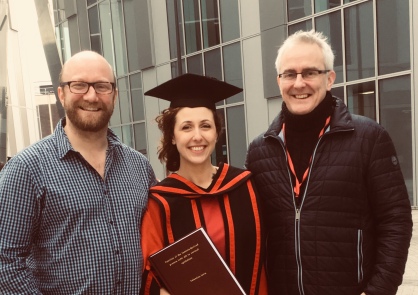 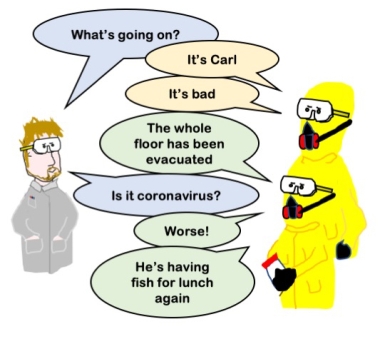 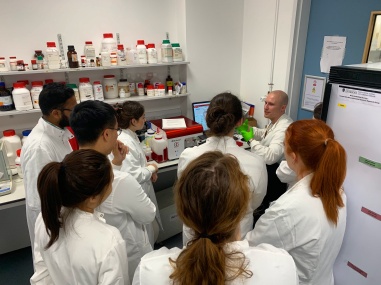 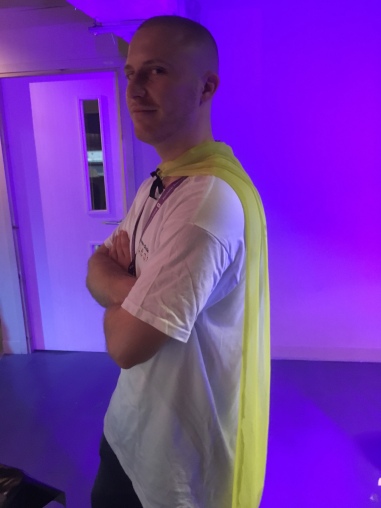